The Osaka District Court pointed out that the “TeaCoffee” part is only a indication that tea and coffee are mixed.
That is to say “It is not a part characterized as a trademark”.
And the Court rejected the Kyoto company’s claim since two illustrations are not similar each other. 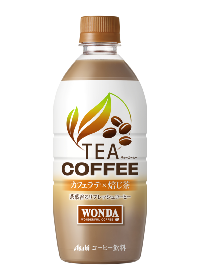